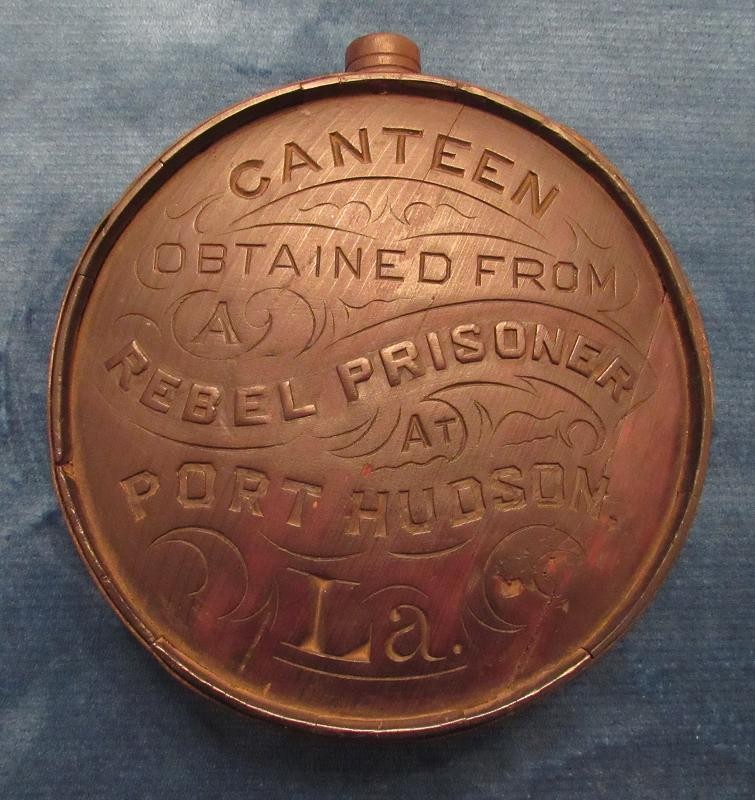 $14,500.00
Our Catalog
Updated
7/4/2022
Make a choice from any of our categories below
Search Our Catalog
ITEMS FOR SALE - NEW ITEMS
Confederate Canteen from the battle of Fair Oaks, Virginia
Item #: DF 3263 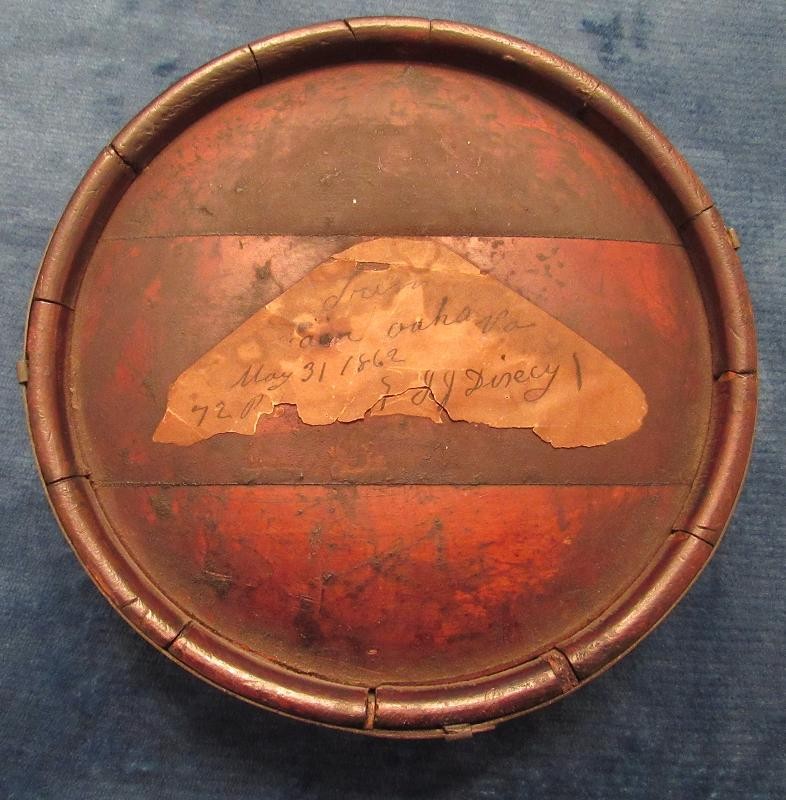 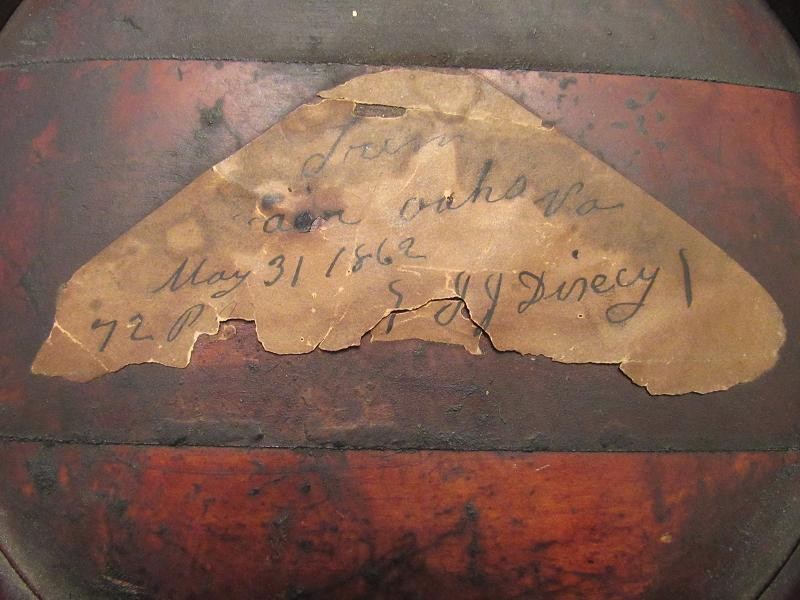 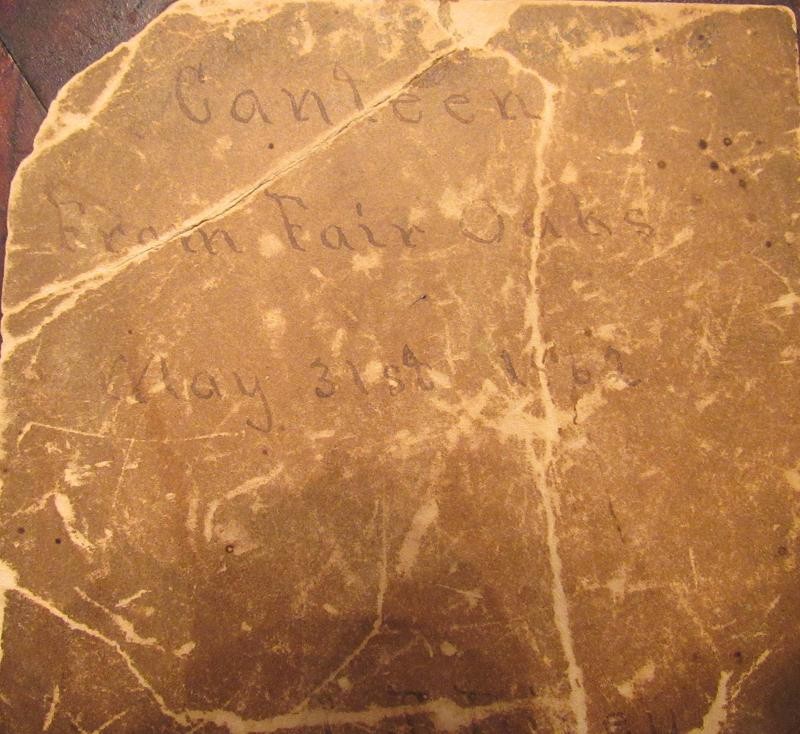 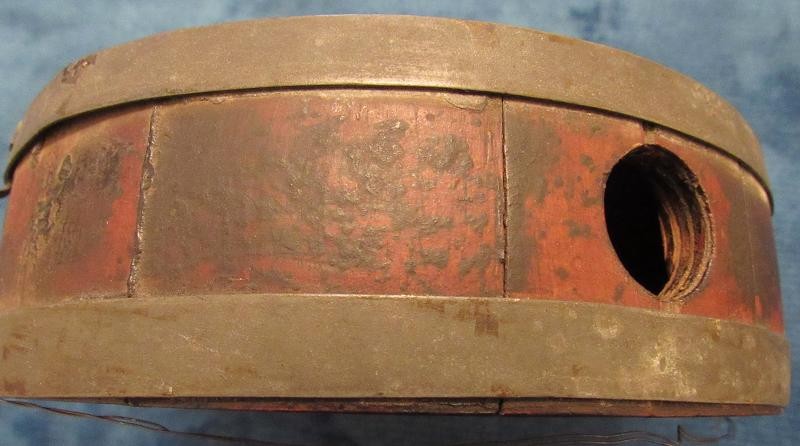 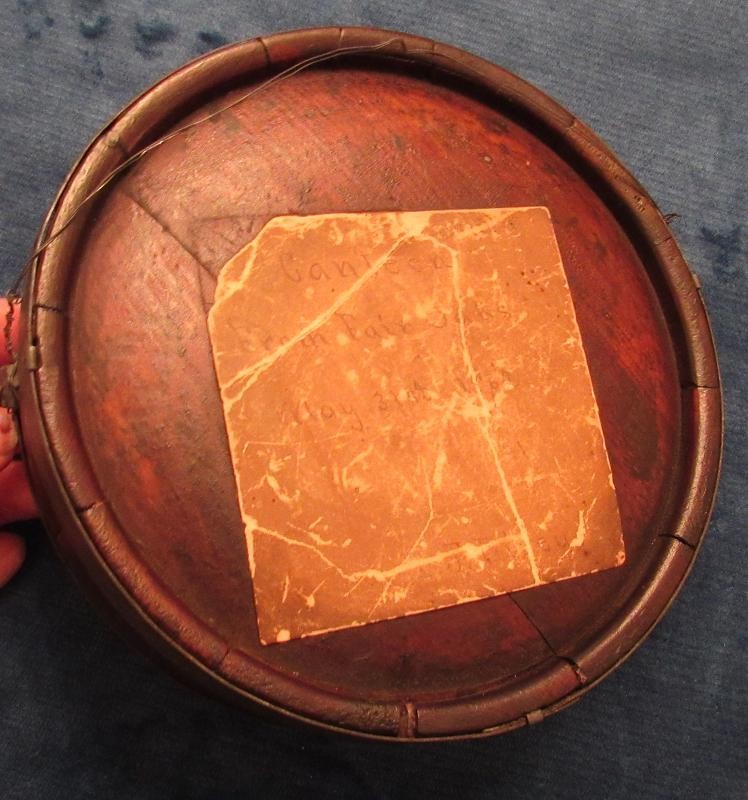 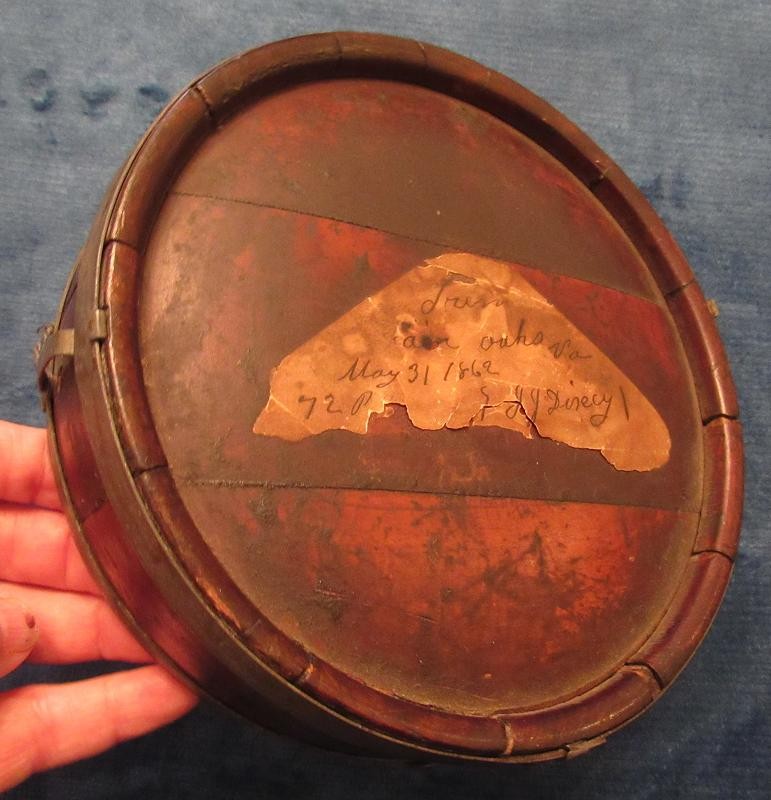 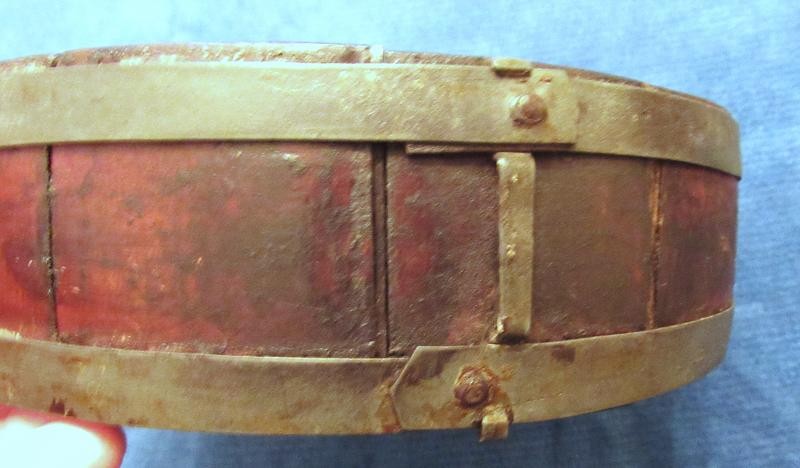 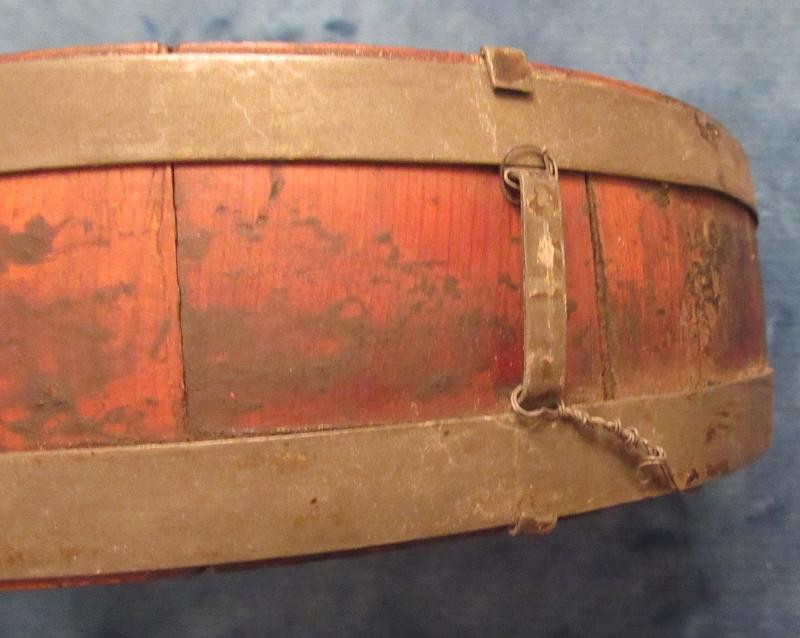 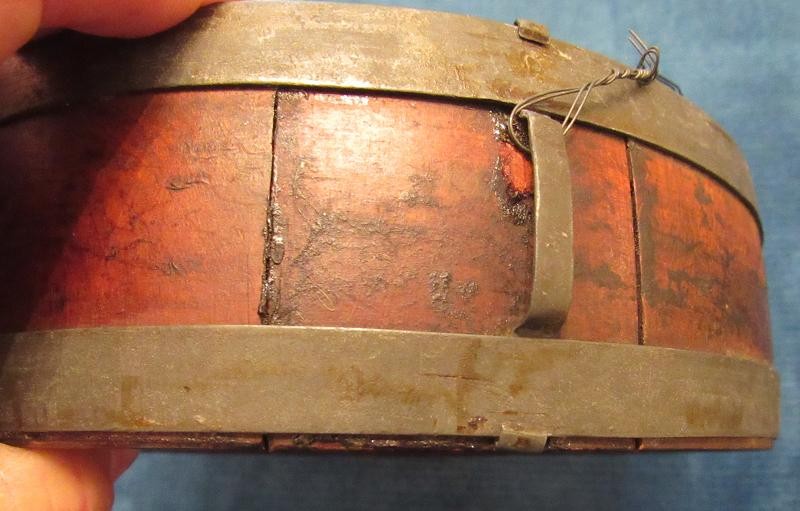 Click on an image to enlarge
Confederate wooden canteen with 2 old museum or GAR hall tags reading " FROM FAIR OAKS VA. MAY 31, 1862, and 72P and what appears to be the name JJ Di? ECY." On the opposite side is "CANTEEN FROM FAIROAKS MAY 31, 1862. After searching the roster, I could only find one possibility and that was Joseph Diakery of company H 72nd Pennsylvania infantry. My conclusion is that someone, possibly museum staff wrote the name from memory or misspelled the information as it was presented. Joseph Diakery from Philadelphia enlisted on August 8, 1861, as a private in company H of the 72nd Pennsylvania infantry. Private Diakery served through all the major campaigns of the Army of the Potomac until he was mustered out on August 24, 1864, at Philadelphia. The 72nd was originally mustered in as the 3rd California recruited from among the Fireman of Philadelphia, Pennsylvania. After the Battle of Balls Bluff the unit was redesignated the 72nd regiment. The 72nd was a hard fighting unit and had 12 officers and 198 enlisted men killed or mortally wounded 43 of those at Gettysburg.
The canteen is in nice condition with the exception of missing the spout and strap. Interestingly this example instead of having iron bands and tin straps appears to have what appears to be pewter instead.
Shipping Weight: 10 lbs
Item # DF 3263
Your Price $6,500.00 USD
If you have ordered an antique weapon or artifact from our website please be advised that these guns are sold strictly as collectible antiques.

FloridaConfederate.com strongly recommends that these artifacts be enjoyed and appreciated for their historical significance and not ever fired. By ordering you are acknowledging these facts, warnings and assume full responsibility for your personal actions with regard to them.

We DO NOT sell modern guns, all our inventory will be pre 1898 and are classified by the ATF as antiques and require no government paperwork to own.