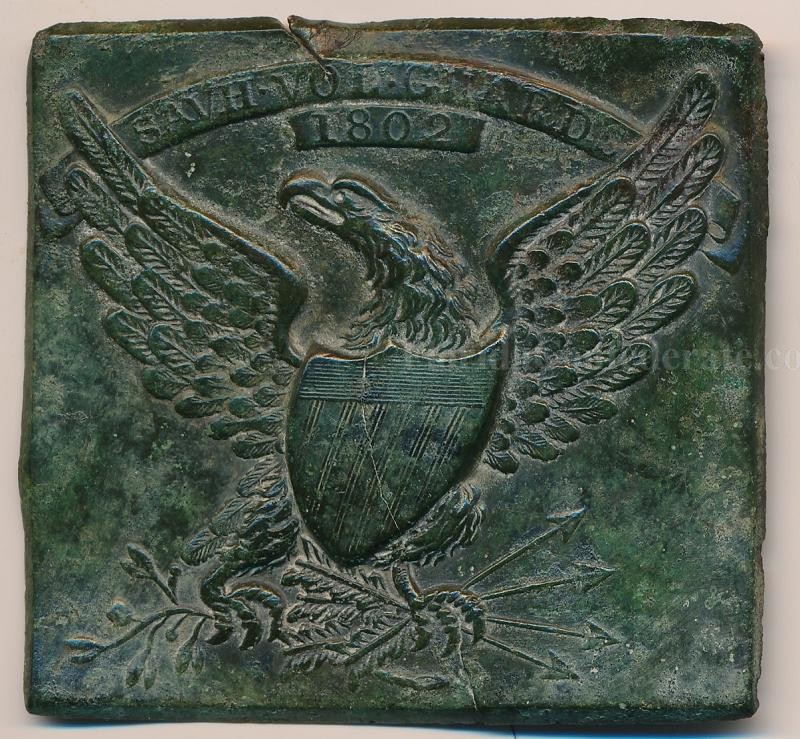 Captain Louis A. Cormier, a farmer from Washington County Louisiana, enlisted in June 1861 in the St. Landry Light Guards of the 6th Louisiana infantry. The Guards were mostly native Louisianians and saw action in Jackson's Valley Campaign and with the Army Of Northern Virginia from the 7 Days Battles, 2ND Manassas, Antietam, Fredricksburg, Chancellorsvile to Gettysburg. Louis Cormier would be mortally wounded July 2nd while leading his troops up East Cemetery Hill. In James P. Gannon's excellent book,THE IRISH REBELS CONFEDERATE TIGERS, is the following account of his death. " the wounded were carried to a nearby barn which served as a field hospital for Hay's Brigade where they were tended to the next day by several women from Gettysburg. Among them was Capt. Cormier who was dying from a painful stomach wound. He was a young handsome man less than 20 years of age whose suffering attracted the attention of the sympathetic ladies. The young Captain told them that he knew that he had only hours to live and asked them later in the day "to see him die." About noon they gathered around him again. Cormier told them of his Mother and two sisters at home, whom he wished were with him and asked the ladies to kiss him goodbye, which they did one by one as he took his final breaths"

FROM THE RICHARD J. FERRY COLLECTION
NOT TO BE USED WITHOUT WRITTEN PERMISSION

FROM THE RICHARD J. FERRY COLLECTION
NOT TO BE USED WITHOUT WRITTEN PERMISSION

James C. Salters originally served in the 1st Charleston Infantry Battalion (Gaillards Battalion) The battalion was active in action around Charleston from January 1862 until the Fall of 1863. During this time they were engaged in the following actions. James Island, and Secessionville (where John Salters was wounded),Charleston Harbor, Battery Wagner, and the boat attack on Fort Sumpter. In late 1863 The 1st Charleston Battalion was merged with the 1st Battalion S.C. Sharpshooters to form the 27th South Carolina Infantry Regiment. The 27th would become part of Hagood's Brigade, Hoke's Division, in the Army Of Northern Virginia. As the 27th they would see action at Drury's Bluff, Bermuda Hundred, Cold Harbor, and at Petersburg, where James Salters would be captured on June 17, 1864. James C. Salters remained as a prisoner of war until his release in June 1865.

Recommended reading-----Charlestonians in war The Charleston Battalion
By Chris Phelps


A FEW CONFEDERATE FACES
I am always buying Confederate images